Luxor is a mid price range hotel on the Las Vegas Strip. It’s immediately recognisable as it is an Ancient Egypt themed hotel featuring a huge pyramid! Note – The theming has been dramatically reduced since the hotels 1993 opening. The hotel was remodelled and renovated in 2007. The hotel is now quite modern in appearance.

One of the jewels in Luxor’s crown in the Bodies exhibition.  We can’t recommend it highly enough (not suitable for young children though). 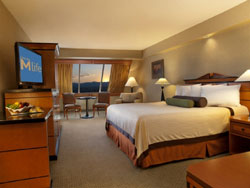 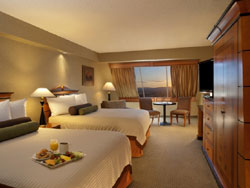 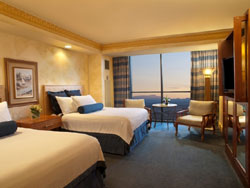 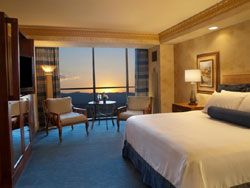 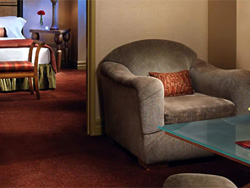 There is a tram between Luxor, Mandalay Bay and Excalibur, or else you can walk without ever needing to venturing outside.

More the Buffet at the Luxor.

Titanic: The Artifact Exhibition real artefacts from the doomed ocean liner. Also on the Mezzanine floor.

Currently $29.12 per room including tax, per night. Includes:

This div height required for enabling the sticky sidebar